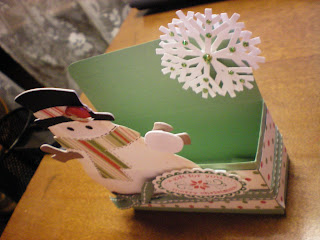 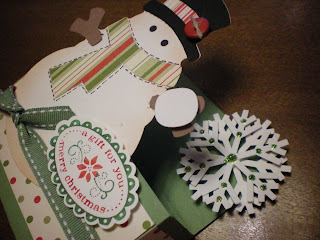 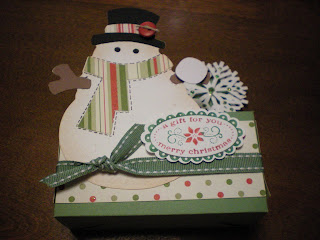 Good Evening!  I had lots of people in and out today picking up stamping order's. Mom was also here to pick up the Christmas gifts that we ordered over the internet, and Carol was here to pick up the snowflakes that she is going to spray with glitter for me for the wedding.  In between things I made Russian Tea Cakes for tomorrow's cookie exchange at Angela's and rounded up my container's that I will need to bring my cookies home in.  We are doing an ornament exchange and I decided to make a box to put my ornament in and here it is.  I think it turned out really cute.  I used the Stampin' Up! Box #2 die.  I clip off the side flaps and left the back of the box straight up instead of folding it down inside.  I used the Snowflake Punch to make the Snowflake on the box flap and blinged it up with some Stickles.  The snowman is a Sizzix Snowman Die that I had and I paper pieced his hat, brim, scarf and arms.  A little red button tied with some linen thread adorns his hat.  I did some faux stitching with a Chocolate Chip Marker around his scarf and put a snowball on his branch with a dimensional.  Some Wild Wasabi stitched ribbon is tied around the bottom of the box and the tag is made from the Level 2 Stampin' Up Hostess Set Christmas Punch.  This is the first I have played in my stamping room and it was so much fun!
Have a great weekend!  Elaine
Posted by Elaine Wilson at 10:36 PM 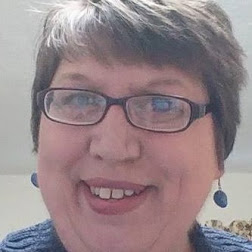 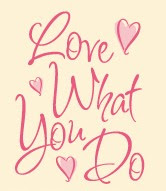 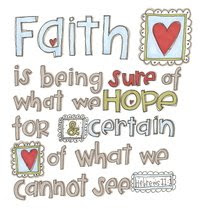 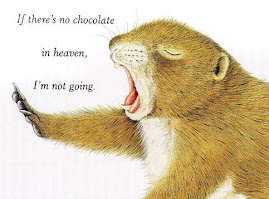